The Local History room at the Greenburgh Public Library is a very special and underutilized area of our library. We have many resources to look through-- a broad selection of historical titles on the many communities that make up Greenburgh, the villages, and the towns and cities that make up Westchester County. We also have books that discuss the history of New York going back to when Henry Hudson made his trek up the river that bears his name.

One of my most enjoyable tasks at the Greenburgh Public Library is helping people find Local History related information because one never knows what hidden treasures I might uncover. I approach each search as an adventure, as it helps me focus on the task at hand. You might remember when I embarked on my search to find information on Patrick Norrell and how that turned into the most satisfying research project of my library career. When I started that search I wasn’t having much success in finding what I was looking for, only when I began looking at it as a mysterious adventure and not just a research project did the light bulb in my head begin to light up.

Recently, I was looking for a certain picture of East Hartsdale Ave (EHA) which I had seen online but thought I had also seen a copy 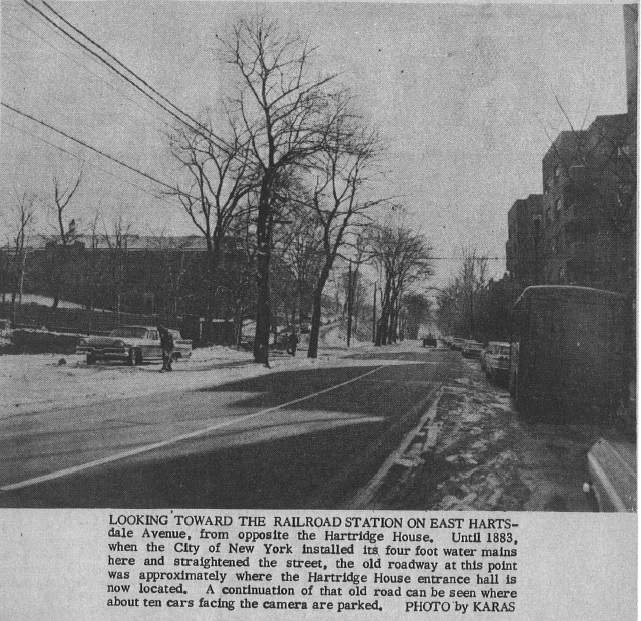 of in our picture collection in the Local History Room. After going through lots of old photographs and not finding what I was looking for I turned to a group of old black binders that were just sitting on the shelves in the local history room.

The binders were put together by the Town Historian who happened to be a librarian here at GPL (Anne Blatt, in the 1970’s and 1980’s). Admittedly, I had looked through some of these binders previously but not with such a  keen eye, looking for something in particular. I did not find exactly what I was looking for but I did find another picture of EHA for the patron. The picture and article was written in December 1964, in an old local newspaper which doesn’t exist anymore. (The picture took on added significance to me when I realized that the photo was taken from right in front of my apartment building which did not exist at the time!)

I eventually asked one of my friends (on Facebook) for help in finding a copy of the picture and sending it to me. The patron was very happy with what I found for them.  (Below is a picture taken the other day from approximately same location.) 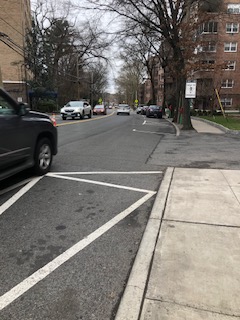 One of the coolest resources we have in the Local History Room is a very large (and quite heavy) Westchester County Atlas from 1907. In its pages one finds a different Westchester County from today. On its pages there are large lots of land owned by descendants of a more rural era in our history, with only a small number of clues of what's to come in the 20th (and 21th) century.  There’s no 287, 684 or Cross County Parkway on the pages of the atlas. There is a listing for the County Fairgrounds where Hillside Ave meets Tarrytown Road. There are markings for old Trolley routes on Tarrytown Rd and the old Putnam Railroad Line which snaked up western side of the Town of Greenburgh. 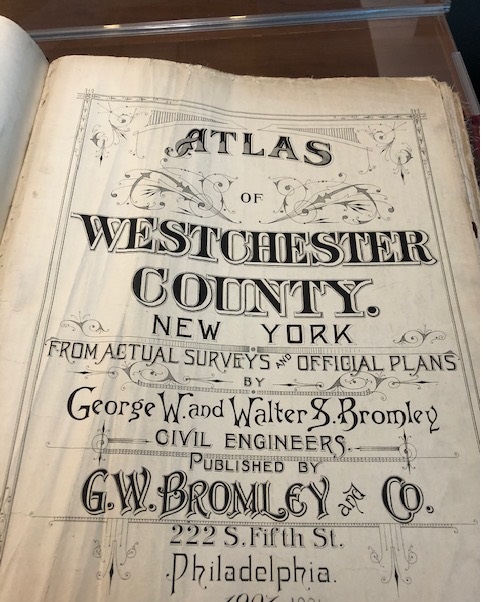 We own old local newspapers from the 1930’s and 1940’s including some issues of the Hartsdale Times as well as issues of The Greenburgh Inquirer from the 1980’s. You might have remembered one of my previous blogs where I found an engagement announcement of my friend’s mother from The Hartsdale Times in the 1940s. I was simply browsing a few newspapers one day on a lunch break when I uncovered it.  Additionally we have newspaper clippings in our files, some going back to the 1960’s. I recently showed this collection to someone who was doing research on the Rochanbeau/Odell House on Ridge Road and they found some articles of interest that help their group, and they could not find anywhere else in their extensive search.

So whether you are doing specific research or are someone who simply wants to see what’s available in the Greenburgh Public Library Local History Collection, stop by or give us a call.  You never know what treasures you will uncover.