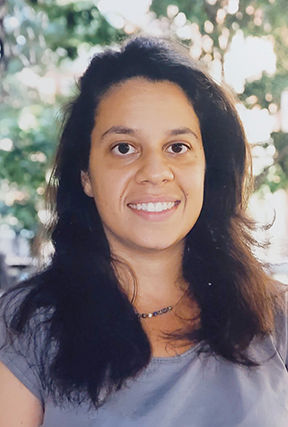 We have several new faces at the Greenburgh Public Library. Our library blog is a great place to highlight our new staff members and help introduce them to the community.

Melissa Victoria is the new Children’s Librarian at Greenburgh. She comes to GPL from Greenwich Library where she worked part time in Youth Services providing programming and story times to young people. Before Greenwich, Melissa worked part-time at Hendrick Hudson in Youth Services and at Ossining in teen services.

Melissa began her career as an early childhood educator working in private preschools. She enjoyed her time with young children in that setting but after 15 years in that field, was ready for a career change.

“I studied to be a school counselor and graduated from the College of St. Rose with a degree in School Psychology. This type of practice usually entails working with children in a one-on-one setting, but I ended up falling into early childhood education. I did that for many years, but I really wanted to get back to working with kids individually.”

Melissa eventually went back to school, enrolling in the Master of Library Science online program at SUNY Albany and graduated in December 2020. “I enjoy librarianship and coming from a diverse background I can utilize everything I had been previously doing; educating families, instilling a love of reading in children, helping people with their needs, finding information for them or assisting with tutoring. I was able to use my previous coursework to work directly with young children in the areas of social and emotional development within an educational setting.  My career change was prompted by my desire to focus on literacy development and for greater opportunities to work with children and families individually, as well as in groups." Now working here at Greenburgh, Melissa can sometimes help with large groups or assist with patron’s individual needs. “I can do a story time with a large group and then work one-on-one with a parent to provide the right book for their child. The variation in activities makes things interesting and I am happy to be using all the skills I amassed over the years.”

As a working mother of two teenage children, Melissa is very busy and the pandemic has only made things more hectic. She misses going to the theater and seeing concerts the most. “We would go to the movies almost every week as a family. We now get by with streaming.” Melissa and her family stream all sorts of materials from audiobooks to movies to music. “I really like music. I cannot sing or perform but love listening to all kinds of music especially Indie and Alternative. And it is so easy with all the downloadable stuff available!” 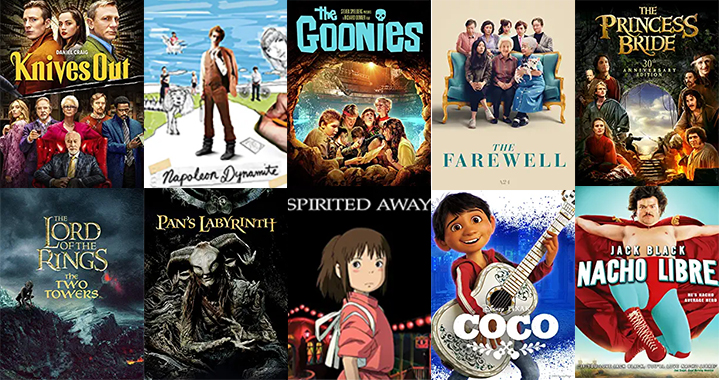 I love that this film is a mystery that also incorporates some dark humor and it also has a great ensemble cast. I have watched it numerous times and I have discovered a new clue each time.

This film is kind of bizarre and strange, but that is why I find it so funny. It is the kind of film where you will find yourself repeating movie lines with those who have also seen it and just start laughing.

A film from my youth that now has become a family favorite. My kids enjoyed seeing a young Sean Astin and James Brolin. This eighties film still holds up and is a great mixture of adventure and comedy.

This recent film is an absolute must see. The acting and writing are phenomenal and Awkwafina can make you laugh in one scene and then cry in the next.  And the fact that it's based on a true story is amazing and adds another dimension to the film.

This is another favorite film from my youth that although it is not as well-loved by my family, it is a film I enjoy watching over and over. Once again, I love the combination of humor, adventure and romance and the characters that stay with you long after you finish watching the film.

6. The Lord of the Rings: The Two Towers

My family and I re-watch the Lord of the Rings trilogy's extended editions on a regular basis. Although I enjoy all three films, The Two Towers made my list because of this film's particular storyline involving the Ents, the people of Rohan and of course the fantastic action sequence of the Battle at Helm's Deep –and Christopher Lee as Saruman is superb.

Guillermo Del Toro is one of my favorite directors and this is by far the film I have rewatched the most. The film is like a dark fairy tale with creatures that appear terrifying but it's, in fact, the people in the story that perpetuate some of the most horrific actions in the film.

There are many Studio Ghibli films I adore, but Spirited Away is my favorite because it was the first Studio Ghibli film I saw and the visual imagery just blew me away. Add in the unusual but memorable characters, and a story that feels like folklore and mystery and you will find yourself hooked.

I love so many of the Pixar films and decided to choose one for my top 10 list and Coco rose to the top because the songs are fantastic, the jokes made me smile, and then before I knew it, the tears came. It's quite the emotional roller coaster.

Similar to Napoleon Dynamite, this film's absurd humor has made it a family favorite. Even children will find themselves laughing at Jack Black's antics and will find a cast of young actors who are just as engaging as the main actors–another film you will find yourself quoting with friends and family.