Now that we’re out and about again, we’re catching up with people we may not have seen since last summer. The biggest news in our family? After a lifetime of being cat people, we adopted a dog!

We have plenty of company. In 2020, shelters saw such demand that they ran out of adoptable pets. The New York Times reported in February that approximately 12.6 million households took in pets between March and December, according to the American Pet Products Association.

Our kids have been asking for a dog for a decade, but the adults had a fuller understanding of the responsibilities that come with pet ownership. In our family, the biggest concern was how our six cats would react to a canine companion. Since we were home all the time, there was plenty of opportunity for pet-watching. It was fascinating to really get to know our cats and how they interact with one another. We got a clear picture of their hierarchy, and we saw some interesting behavioral changes. Our most timid cat, Dory, seemed to know that having her people around would prevent the oldest cat from bullying her. Initially she’d sit on the couch next to one of us, or snuggle onto the lap of my teenage daughter, her favorite human. After a whole year of having backup, she’s really learned to stand up for herself. 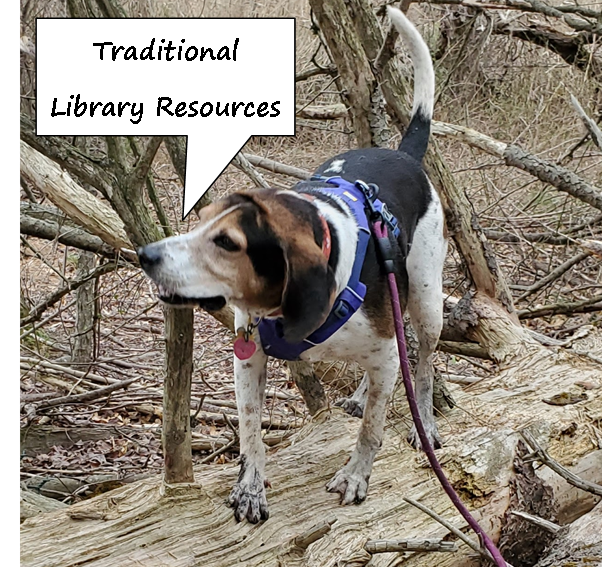 When covid cases started to rise at Thanksgiving, we realized that no one was going back to school or work in the immediate future; we would have people in the house continuously until September 2021. That felt like plenty of time for everyone to get acclimated to a new pet before the humans would have to go back to work and school and the animals would be home alone for hours at a time. The kids started stalking Petfinder, and sharing the cutest dogs through the family group chat. After many, many conversations, we finally decided to apply to adopt.  Of course, I turned to the library to learn what I was getting myself into.

We applied to several rescue organizations, but we soon realized that Paws Crossed Animal Rescue, a no-kill shelter in Elmsford, was the best fit. Once our application was approved, we got serious about assessing the available dogs.

Inspired by a favorite old Tom Chapin song, we started making a list of what we were hoping for in a dog: Number one on the list: good with cats.

Covid precautions meant that appointments were required to meet a dog, and all visits took place outside. In early December, it seemed like there were some dogs who might be a good fit, so we made an appointment to go visit. By 3:00, all the dogs we had identified had been adopted, but we decided to keep our appointment; like a job interview, it couldn’t hurt to practice meeting dogs. We met a very energetic black and tan hound mix named Lucy, who had a great hound bay, but she was a relentless drooler. Buford was adorable, but his cat test was inconclusive. Then we found out he was heartworm positive. That seemed too intimidating. 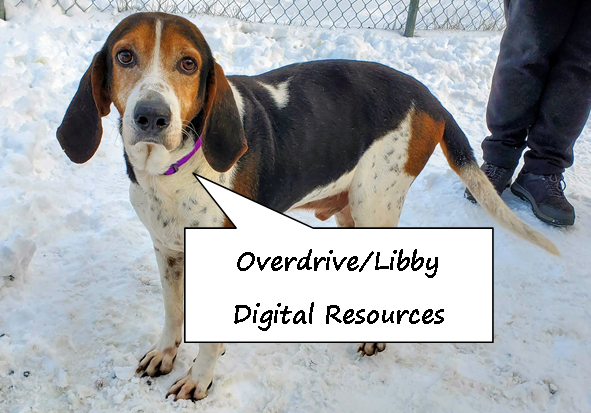 The following week, there were more than a dozen dogs newly available, so we made another appointment. Again, by early afternoon, there were only two dogs left: Bubba and Buster Brown. It was 18 degrees and there was nearly a foot of snow on the ground. Bubba, who looked like an oversized beagle, trotted out to the kennel to meet me and my oldest daughter, the animal whisperer. After a few minutes, the rest of the family joined us. He wasn’t shy, and even seemed a bit playful. His visit to the cat room was completely uneventful; he wasn’t at all interested in cats. The staff told us he was a hound mix rescued from a high-kill shelter in Georgia, and he was also heartworm positive. After Buford, I had used the library's Health & Wellness page to learn about heartworm disease in dogs so this time I was prepared, and the shelter promised full support and care related to his infection. 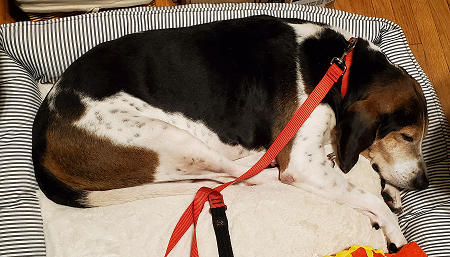 We bought a red leash and collar from the shelter, made a detour to the pet store for some food, toys, and a bed, and headed home with our new friend. We laid his bed in the dining room, where he promptly curled up and slept for the better part of three days!

Now that we had a dog, it was time for more research. 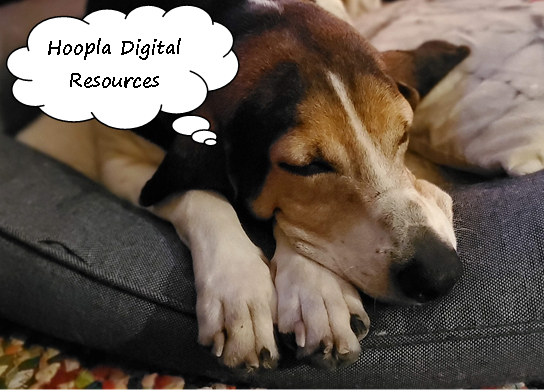 Space on the library’s shelves is limited, but digital resources are a treasure trove. Hounds are popular in the South, but they’re not too common around here, except in shelters, so it was great to be able to find a little bit of breed-specific information. One of the great things about Hoopla is it offers a HUGE selection of materials on all kinds of subjects. accessible for free with your library card.

When he finally woke up, Bubba had a mild cough and a prescription for an antibiotic as part of his heartworm treatment. He shivered for an hour after every walk in the New York winter, so we bought him a snazzy coat. He didn’t seem to respond to his shelter name, so the family began the Great Name Debate: what should we call him? We watched him carefully to learn about his personality.

In the shelter and rescue community, they frequently talk about the 3-3-3 Rule. For the first three days, a new dog may be overwhelmed and shy. By three weeks, he’s starting to settle in and understand the routine in his new home. After three months, he’s pretty comfortable and starting to really show his personality. Bubba followed this like clockwork.

As it turns out, Bubba's name suits him just fine. He loves long walks and good sniffs in the woods (as long as it’s not too cold, or too hot, or raining too hard). At home, he’s calm and easygoing. He ignores the cats, doesn’t beg at the table, and rarely barks. He’s not too fond of being told what to do. It turns out that he’s not a big beagle, but 100% Treeing Walker Coonhound, a breed that was developed to be a smart, independent hunting dog. After six months, he’s really settled in. He has favorite walking routes, favorite snugglers, and of course, favorite snacks. Paws Crossed covered all his heartworm treatment and testing, and he got a clean bill of health in May.  And though we were apprehensive about dog ownership, he’s a perfect fit for our family.

Thank you to George and Sophie for the use of their photos.