Ten Things I Discovered About Greenburgh 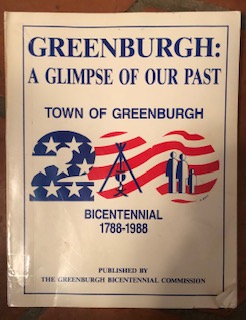 The Greenburgh Public Library owns several copies of "Greenburgh: A Glimpse of Our Past" in its collection. It was published was 30 years ago by the Greenburgh Bicentennial Commission. I have worked for as a Librarian for nearly that long, but never realized the significance of the bark kettle incorporated into the Town of Greenburgh's official seal.  The Weckquasggeek Indians occupied a territory roughly bounded by the Broncks River (Bronx River) to the east and the Hudson River to the west. The name Weckquasgeek is said to mean "the place of bark kettle."

Every time I browse the pages of this book "Greenburgh: A Glimpse of our Past"  I learn something new about our Town.  It amazes me how much history took place right beneath our feet where we live:

1.)  In 1776- The first submarine, a one-man, clam-shaped, self propelled vessel was loaded aboard a sloop at Dobbs Ferry, and transported to New York Harbor.

2.) The name Greenburgh has two possible derivations.  The lands of Phillipsburgh Manor were inhabited by many people of Dutch descent.  The Dutch word "burgh" translates to borough or district.  In that language "Groen" is the word for green, and "Grein" or "Graan" is the word for grain.  Since the manor was primarily engaged in farming, the fields could be described as vast grain or vast green expanses of land.

3.)  The Ledger House in Elmsford was the site of the first cocktail. 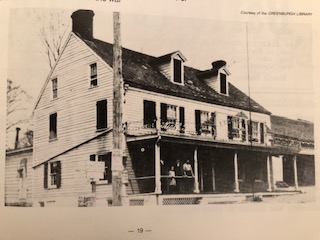 4.)  Greenburgh's most famous Civil War figure was David Glasgow Farragut, who had settled in Hastings with family.  He is remembered for his command "Dam the Torpedoes!  Full Steam Ahead!

5.) In the late 1860s "Boss" William M. Tweed and his cohorts had their eyes on Greenburgh wanting to extend Central Park West northward to White Plains.

6.) The original four corners in Hartsdale was actually a block away from where it is today.

7.) The area of present day Hartsdale near the Bronx River was the scene of a Revolutionary battle defeat for American troops. 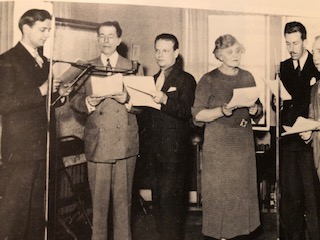 8.) In 1930 Mrs. Selma Seitz became one of the first women in America to manage and operate a broadcasting company.  The decision was made to move to a central location in White Plains and to change the call letters to WFAS in memory of her late husband.

9.) Henry Rossiter Worthington was a renowned hydraulic engineer who is credited with inventing a direct steam pump which has had many industrial application.  Many naval vessels of the Civil War era were equipped with Worthington pumps.

10.) Irvington's Armour-Stiner Octagon house was built in the 1860s by financier Paul J. Armour, the house originally had only two stories and a flat roof.  In 1872, Joseph Stiner purchased the property.  His alterations included the addition of the dome and the verandah.